Menu
If interested in skincare, please visit our skin care store
Clinic Changes to Maintain Safety of All during COVID-19
(905) 524-1712
Request An Appointment

Introducing AviClear™: A safe, comfortable, drug-free way to clear acne with the power of light!

An authority in laser-assisted procedures, Dr. Rahul Shukla and the team at drs skincare in Hamilton, Ontario, are pleased to introduce AviClear™, a revolutionary way to treat mild to severe inflammatory acne – with the power of laser light and without a prescription!

Is AviClear™ the clear choice for you?

As with all services and treatment options at our practice, AviClear™ by Cutera is the first and only FDA-cleared energy device designed to target and suppress the sebaceous glands. In doing so, AviClear™ resolves acne – at its source.

Excessive production of oil or sebum by the sebaceous glands is a primary contributor to acne outbreaks. Hair follicles connected to the sebaceous glands may become clogged by oil and dead skin cells. These processes lead to whiteheads and blackheads. Inflammation is associated with “pimples” or “zits” and cystic acne. AviClear™ is indicated for the treatment of inflammatory acne vulgaris. It may be appropriate for patients who are searching for drug-free alternatives.

Since AviClear™ gets to the root cause of acne, this laser system goes beyond mere “symptom relief” to ease inflammation. AviClear™ is the only treatment of its kind to precisely target and manage sebum production. It effectively prevents and minimizes acne outbreaks and does so in the safest and most precise manner possible. Furthermore, its built-in AviCool™ contact cooling feature supports the ultimate patient comfort. In fact, most patients reported little more than a snapping sensation during treatment. It was so well tolerated that numbing anesthetic was not necessary.

In clinical trials, Cutera reports that subjects saw “significant improvements” in 3, 30-minute AviClear™ treatment sessions. Treatments are typically scheduled between four and six weeks apart. It was also noted those breakouts that did arise were not as persistent, occurred less frequently, and were not as intense as they were prior to treatment.

AviClear™ is different from other available treatments, too, in that the results gradually improved over time for sustained acne clearance! Almost 90% of FDA clearance study subjects reported that at least half of their acne had cleared six months post-treatment, with improvements continuing to reveal themselves even several months after the last treatment session.

Let (laser) light in to clear your acne! Call (905) 524-1712 to schedule a consultation at our Hamilton, ON office. Or, request an appointment at drs skincare from the button on this website. 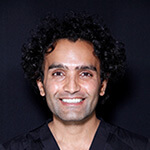 Dr. Rahul Shukla is a modern dermatologist staying in line with the advancements in the field by being a member in numerous associations. He obtained a Bachelor of Science degree from Brock University, and later attended medical school at McMaster University, and completed dermatology residency at University of Toronto. He is Board-certified in dermatology, in both Canada and in the United States.